Revenue increased by 5.7% yoy in 2Q2018 of which 7.8% was contributed by the new stores, 4.2% by comparable same store sales and 0.9% by the store in China but was offset by a reduction of 7.2% arising from the permanent closure of The Verge and Woodlands Block 6A stores. Retail sales at supermarkets in Singapore took a dip in April and May 2018, recording a year-on-year contraction of 2.6% and 0.8% respectively[1], probably because of cautious consumer’s sentiments. Correspondingly comparable same store sales slipped to 4.2% in 2Q2018 compared with 5.6% in the 1Q2018. Excluding the growth in the Block 506 Tampines store where the retail area was expanded by 15,000 square feet to 25,000 square feet in 2Q2017, comparable same store sales growth in 2Q2018 would be 2.3%. Gross margin increased to 27.3% in 2Q2018 compared with 26.8% in 2Q2017, mainly because of input cost which was lowered by a higher level of suppliers’ rebates; and a better sales mix of higher gross margin fresh versus non-fresh produce. Administrative expenses increased by S$3.6 million in 2Q2018 compared with 2Q2017 but after deducting an adjustment of S$0.5 million reclassified from cost of sales in 2Q2017, the increase was S$3.1 million. The increase was mainly due to staff costs as additionalheadcount was required to operate the new stores, a higher bonus provision as a result of the higher operating profit, increase in depreciation as well as increase in rental because of the new outlets. Administrative expenses as a % of sales was higher at 17.1% in 1H2018 compared with 16.4% in 1H2017 (after the adjustment from cost of sales) as sales in the new outlets require time to grow to its optimal levels. Cash generated from operating activities before working capital changes and payment of tax amounted to S$24.8 million and S$50.6 million in 2Q2018 and 1H2018 respectively, mainly because of the higher volume of business. Free cash flow generated in 1H2018 was S$28.5 million, after paying for capital expenditures amounting to S$15.2 million consisting mainly of payments for acquisitions of property, plant and equipment for fitting out the new stores, IT equipment and replacement of some of the equipment in the distribution centre totalling S$8.2 million, S$5.3 million for the extension of the warehouse and S$1.7 million incurred by the supermarket in China. The Group’s balance sheet remained healthy with cash of S$75.7 million as at 30 June 2018. Business Outlook Competition in the supermarket industry is expected to remain keen. The recovery in demand could become uncertain or may remain subdued if the local economic conditions deteriorate. Core inflation, more particularly food inflation has remained subdued but the risks of unpredictable weather or tariff wars could disrupt the supply chain and distort prices. The Group is still looking for suitable retail space in areas where it does not have a presence. However, competition for new HDB shops is still keen and looking for suitable retail space or successfully bidding for new HDB shops may be challenging. The two new stores at Bukit Batok Block 440 (5,900 sq ft) and Yishun Block 675 (5,320 sq ft) commenced operations on 13 July 2018, bringing our store count to 50 and increasing our retail space to approximately 447,000 sq ft. Construction of the new extension to the distribution centre is estimated to be completed before the end of FY2018. On the future plans of the Group, Mr Lim Hock Chee, the Group’s Chief Executive Officer, added, “We are delighted to open 2 new stores in Bukit Batok Block 440 and Yishun Block 675 with a retail area of 5,900 sq ft and 5,320 sq ft respectively on 13 July 2018. The addition of the new stores has expanded out total retail square footage to 447,000 sq ft and increased our store count to 50. In line with our commitment to expand our retail network across Singapore, particularly in areas we do not have a presence, we will stay focused but disciplined to look for new retail space. Nurturing the growth of our new stores in Singapore and China, and rejuvenating the old stores remain one of our key priorities. We will continue with our efforts in lowering input cost by improving the sales mix with a higher proportion of fresh produce, and increasing labour productivity by deploying smart processes and systems. To reward shareholders for their unwavering support, we are pleased to declare an interim cash dividend of 1.65 cent per share.” Print version (PDF -290KB) Q2 2018 Financial Statements (PDF 383KB) 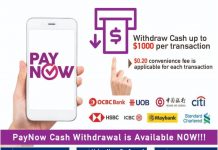 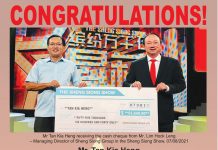 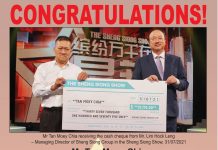 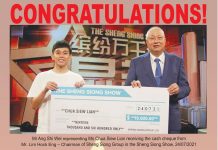