Singapore, 26 April 2019 – Sheng Siong Group Ltd. (“Sheng Siong”, together with its subsidiaries, the “Group” or “昇菘集团”), one of the largest supermarket chains in Singapore, reported a 49.9% year-on-year (“yoy”) increase in net profit to S$29.0 million for the 3 months ended 31 March 2020 (“1Q2020”), mainly due to increase in gross profit arising from the growth in revenue, better gross margin, higher other income and a less than proportional increase in operating expenses relative to the increase in revenue.

Revenue grew by 30.7% in 1Q2020 of which 19.7 percentage points was contributed by comparable same store sales, 9.0 percentage points by new stores and 2.0 percentage points by the stores in China. The Group started off the quarter with better Chinese New Year sales compared to 1Q2019 mainly due to recovering consumers’ sentiments and the low base effect in 2019. When the government raised COVID-19’s DORSCON from Yellow to Orange on 7 February 2020 shortly after Chinese New Year, the first round of elevated demand was triggered. Since then demand has been elevated as more people are eating at home and probably, loading up their pantry as well.

Gross margin improved slightly from 26.1% in 1Q2019 to 27.0% in 1Q2020, with the gains coming mainly from increased sales of housebrands which command a higher gross margin and slightly lower input prices across a majority of other categories of offerings. The biggest gain came from non-fresh products as sourcing was diversified to cope with the sudden surge in demand. The ratio of fresh to non-fresh remained quite the same in 1Q2020 compared with 1Q2019. There was no major disruption in the supply chain in 1Q2020. In hindsight, the Group’s move to increase stockholding since the end of 4Q2019 has prevented serious stock out situations, although certain heavily demanded items were depleted immediately after the first round of elevated demand.

Administrative expenses increased by S$11.9 million in 1Q2020 compared with 1Q2019 mainly due to; higher staff costs as working hours were increased because of the higher volume, additional headcount was hired to operate the new stores and higher provision was made for bonuses because of the better financial performance, and increase in depreciation which was partially offset by decrease in rental.

Cash generated from operating activities amounted to S$71.5 million in 1Q2020, mainly because of the higher volume of business.

Subsequent to 1Q2020, the Group has secured two new HDB stores which were tendered in January 2020. These are at Block 872C Tampines Street 86 (8,490 square feet) and Block 455 Sengkang West Avenue (9,040 square feet). In addition, the Group also won a tender for a 4,610 square feet shop in the Potong Pasir Community Club, 6 Potong Pasir Ave 2. Once the “Circuit Breaker” is lifted, the Group will proceed to execute the leases, take vacant possession and fit out the stores. To summarize, to-date, the Group would have opened a total of 5 stores in 2020, bringing our total store count to 64 and retail area to approximately 575,160 square feet.

Competition is expected to remain keen among the brick-and-mortar supermarkets and online players.

Some international food companies are warning of future disruptions to the supply chain and increase in prices because of the worldwide lockdown resulting from COVID-19 outbreak.

It is uncertain how long the world or Singapore’s economy would take to normalise post COVID-19. When that happens, the Group expects revenue to taper off from the current elevated levels as buffer stocks kept by households are consumed. In the meanwhile, the Group will continue to hold a higher than normal level of inventory to hedge against potential disruption in the supply chain.

Staff costs and other operating expenses relating to COVID-19 will increase but will be defrayed by the grants from the Government.

Moving ahead, we remain committed to our strategy of opening supermarkets in areas where our potential customers reside but we have no presence. We will continue with our efforts to nurture the growth of the new stores and build on the momentum of improving comparable same store sales in Singapore and China, while focusing on improving gross margin and cost efficiency by changing the sales mix with a higher proportion of fresh produce and deriving more efficiency gains in the supply chain. ” 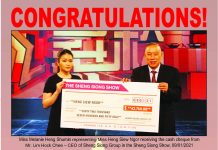 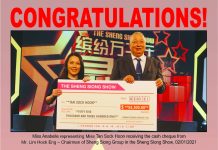 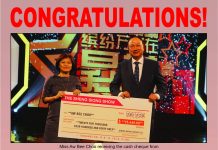 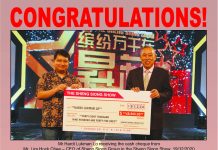 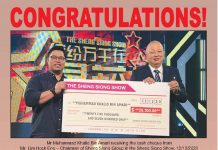