Singapore, 29 October 2020 – Sheng Siong Group Ltd. (“Sheng Siong”, together with its subsidiaries, the “Group” or “昇菘集团”), one of the largest supermarket chains in Singapore, reported a 54.4% year- on-year (“yoy”) increase in net profit to S$31.8 million for the 3 months ended 30 September 2020 (“3Q2020”), mainly due to strong growth in revenue resulting in higher gross profit, higher other income but was offset by a less than proportional increase in operating expenses, relative to the increase in revenue.

Revenue increased by 28.9% in 3Q2020 of which 19.1 percentage points was contributed by comparable same store sales and 9.5 percentage points by new stores in Singapore mainly because of elevated demand arising from COVID-19, and 0.3 percentage points by the stores in China. For the first half of 2020, consumers loading up their pantries and the Circuit Breaker restricting movements, thereby compelling working and cooking at home were the main reasons for the elevated demand. In 3Q2020, demand was still strong even though the Circuit Breaker was lifted as consumers’ behavior were still cautious and working from home continued to be encouraged.

Gross margin was flattish at 27.0% in 3Q2020 compared with 3Q2019 as sales promotions in the industry returned gradually to pre-COVID-19 levels after the lifting of the Circuit Breaker.

Administrative expenses increased by S$9.6 million in 3Q2020 compared with 3Q2019 mainly due to higher staff costs but partially offset by lower rental. Staff cost increased as additional headcount was required to cope with the increase in volume, implement the safe distancing and tracing measures relating to COVID-19, operate new stores and higher provision for bonuses as a result of higher operating profit. Rental decreased as leases renewed in 2020 were capitalized as right-of-use assets.

There were no significant changes to the terms of trade. The increases in cash generated from operating activities in 9M2020 of S$218.2 million was mainly due to the increased volume of business, the decrease in trade receivables and the increase in trade and other payables.

Cash used for capital expenditures in 9M2020 amounted to S$13.0 million consisting mainly of fitting out new stores and IT equipment for the supermarket operations totalling S$6.7 million, equipping the new warehouse extension and maintenance CAPEX relating to the distribution center for S$6.1 million and S$0.2 million incurred by the supermarkets in China.

The Group’s balance sheet remained healthy with net cash of S$179.8 million as at 30 September 2020.

The Government has announced that there will be more relaxation of COVID-19 restrictions but at the same time has urged that caution should prevail and for example, working from home should continue. This may affect demand which has been elevated since February 2020, peaked in April/May 2020 and eased following the lifting of the Circuit Breaker in June 2020. Nonetheless, demand appeared to have stabilized in 3Q2020, albeit higher than pre-COVID-19 levels. Competition in the supermarket industry is expected to remain keen and challenging among the traditional brick and mortar operators and e- commerce platforms, which have gained a larger share since the onset of COVID-19.

The risks to supply chain disruption because of COVID-19 and other natural disasters are still there and may lead to higher input prices.

There were no announcements from the HDB regarding release of new shops as construction has been affected because of COVID-19. When construction resumes, the Group expects a slew of new shops to be released for tender as the backlog is cleared. The Group will continue to look for new shops, particularly in areas where we do not have a presence.

On the future plans of the Group, Mr Lim Hock Chee, the Group’s Chief Executive Officer, added, “During the quarter, we are pleased to have opened two new stores at 6 Potong Pasir Ave 2 and Tampines Street 86 Block 872C with a retail area of 4,600 sq ft and 8,500 sq ft respectively. Moving ahead, we remain dedicated to our store expansion plans by continuously looking for suitable retail space, particularly in areas where our customers reside but we do not have a presence. While placing great focus on nurturing the growth of the new stores and improve same store sales in Singapore and China, we will continue with our efforts in enhancing gross margin via higher sales mix of fresh produce and more efficiency gains in the supply chain.” 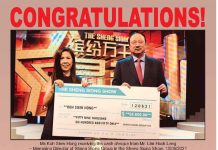 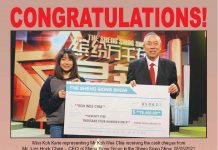 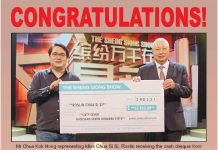 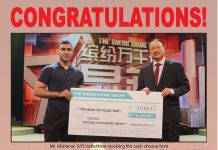 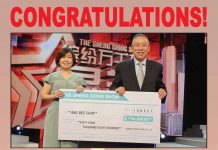